The Value of Your Time

It’s so easy to get sucked into the guilt, especially as a mom. Someone asks for a favor and you cheerfully say yes because that’s what moms do.

The next thing you know, you’re elbow deep in flour with the smoke alarm going off, stressed out, and crying at 1am wondering why you do this to yourself.

I’ve been there. I used to say yes to everything and eventually I had to learn to say no.

But when I started to say no, I felt guilty about it. I wanted to help and be everything to everyone.

Eventually I learned that my time has value. It’s not just monetary value either.

My time is worth a lot to my family. The time I spend with them is invaluable and they deserve a calm mother​.

Your time has value too and it’s about time you discovered that!

How often have you heard the phrase “time is money”?

Money is often thought of as the great definer of value. It’s often what people seek most and will go to great lengths to get it.

However, there’s one thing that is more valuable than money.  And that is time.

We can’t get time back.  It’s not possible. Once the moment has passed, that’s it.

But I get that it can be hard for people to accept and we like to deal with dollars and cents.

Well, let’s qualify your time at home, shall we?

​Do you work either from home or outside of your home? It’s important to understand your going rate so you know how valuable your time is.

If you work hourly, then chances are you know your hourly rate already.  An hourly rate is how much you get paid per hour.

If you are salaried, you probably have to do some math.  If you get paid per year, we’re going to break it down into hours.

First, take your salary and divide it by 52.  That will tell you how much you take home per week (this is different from your paycheck most of the time).

​How many hours per week do you work?  Full time is typically 40 hours a week.  Take how much money you make per week, and divide it by how many hours you work.

Now you know how much your hourly rate is!

This rate isn’t everything.  There’s more to a job than the money you make from it.

So the rate is important, but also keep in mind that there are a lot of reasons to have a job and they are all important.

Yearly Salary of a Stay-At-Home Mom

​Let’s say you are a stay-at-home mom. It’s not as easy to figure out an hourly rate, but we’re going to give it a shot.

Stay-at-home moms do multiple things for multiple kids every single day.  They have different hats and they wear them all.

They are chauffeurs, cooks, teachers, nurses, and so many other things.

Salary.com put together the numbers and did a far better job than I could do.  They found that the average ​stay-at-home mom per year was $162,581.

Let that sink in for a minute.  A site dedicated to figuring out salaries and helping employees understand their worth said that in their eyes, a stay-at-home mom is worth $162,581 per year.

While obviously, it’s not going into your bank account every payday (wouldn’t that be amazing?), that’s how much it would take to replace all the things that a stay-at-home mom does.

That’s impressive no matter what your standards are!

What to do with this number?

I know what you’re thinking. Great, now what?

It’s one thing to know what your hourly rate is. It’s another to apply it to your life.

Obviously, your bank account is not going to feel this as income. But it’s a valuable exercise none the less.

Let’s say you are approached by Janie up the street asking if you can do her a favor. She needs 50 cupcakes by tomorrow and they have to look good because they will be sold.  She doesn’t say they have to be homemade.

As Janie turns to go, you realize you have several options. Because you have a plan, you know that you’re supposed to tackle a large task to move towards your goals tonight.

But at the same time, Janie did ask you for help and it’s to benefit the kids right?

If you need more convincing, let’s look at it this way. How long is it going to take you to make those cupcakes? Rough estimate. An hour? Two? More because there’s 50 of them?

Now let’s think about your number. Let’s say you’re the standard Stay-At-Home mom. Your going rate is $78 per hour.

MATH TIME! The engineer in me is giddy right now.

If it takes you two hours to make 50 cupcakes (it would take me longer), then we’re talking about spending about $156. If Janie came up to you and asked for $156 to put toward cupcakes, would you say yes?

You might. In that case, make the cupcakes if it aligns with your goals. But you might not (I don’t enjoy making large batches of cupcakes), then tell her you’re sorry but you can’t make them.

And let’s say you make $15 per hour working outside your home. For you, it would take $30 worth of your time.

However, you’d also miss out on spending the time that you do get with your children. And that means a lot.  What’s that time worth to you? Add that to your $30.

So by putting it all together, it might be worth more than you’re willing to spend making cupcakes.

You could offer to buy them at the store (less money, but don’t forget to factor in the time it will take you to buy them).

You have a choice

Just because someone asks you to do something doesn’t mean that you have to. You have a choice. And knowing the value of your time helps you make a choice.

If you wouldn’t give someone that same amount of money to outsource the project, why are you offering your time?

After all, it’s possible to get more money but you’re never going to get that time back.

And it’s OK to feel a little bit bad for Janie. But maybe Janie needs to get a planner and stop asking people to make 50 cupcakes the night before a special event.

I used to always say yes to the Janies of the world. Now I say no to Janies. I know my worth and I add tax. I’m happy to do tasks that align with my goals that I would gladly hand money over for.

The next step after knowing your value is to get rid of the overwhelming feelings all together. You can find more information on my post From Overwhelmed to Organized: 7 Steps for Taking Control of Your Life. 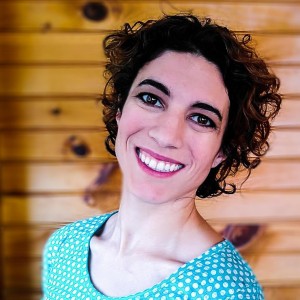 ​I'm a mom, wife, sister, daughter, and friend. After a successful career in software ​engineering, I started working part time as a project manager. I was overwhelmed with all of these new life changes and felt like I was drowning in my life. ​After trying so many different systems that didn't work for me, I looked into why they didn't work and came up with a system that worked for me. Today, I want to share what I've learned with you so you can stop feeling overwhelmed and start living an intentional life.

From Overwhelmed to Organize ...

So true! Money can be replaced once lost but time is so precious we can’t turn back time. This is a very well written post.

Thank you! It would be fantastic if we could get time back, but we can make the most of what we have 🙂

Saying No for a Bigger Yes is something I have to remind myself daily as a mom. Quality time is more important than how many different things I can do. Thank you for the reminder.

I really like that saying! Quality time with your family is a key goal in keeping yourself sane and remembering what it’s all for.

This is such an important concept! I find that we waste a lot of precious time, and it’s good to find ways to be efficient and realize the importance of our time. It even comes down to things like shopping – I shop a lot online. Even if it costs slightly more, it saves me the 20 minutes to the store, looking for the item (which they might not even have), and then the drive home. There’s an hour and the gas money from driving for 40 minutes.

I spend a lot of time shopping online as well. I view that delivery fee as the cost of my time. Would I spend $10 to get an hour of time to play with my daughter? Yes, I would gladly spend that.

I know exactly what you mean. I am the one who can never say NO but trying my best to give more time to myself.

I used to say yes to everything. So I said no one day to something I would have said yes to. Just to try it out. And I felt relief (with a small side of guilt, but it passed). I was able to enjoy the event we went to without feeling like I had to be “on” and didn’t have to spend a bunch of time leading up to it working.

So I’m going to challenge you to say no to something small this week. Test out the waters. See how you feel. And build from there!

Yes! Our time is of value. 🙂 Love the stats you found for this post too.

The stats were really interesting. I never realized how high some of these numbers were! Eye opening for sure.

This site uses Akismet to reduce spam. Learn how your comment data is processed.

FREE Goal Planner: How Any Mom Can Have Clear Goals Today